November 2018 marks the centenary of World War 1. In the 100 years since that terrible conflict that took the lives of millions, thousands of books, newspaper articles and films have been written. From the haunting poetry of Sassoon, Owen, Brooke and a score of others to the recent film ‘Warhorse’ by Michael Morpurgo, WW1 has never really left us. Here are several ways the bloodshed and loss of young lives still resonates in 2018.

Business and the ability to make money was alive and kicking between 1914 – 1918. Many products, for good or bad, wished to be linked to the war effort. Even today, reference to this past conflict is used. Take Sainsburys’ 2014 Xmas advert which featured the famous football match that took place between British and German soldiers on Xmas Day 1914. Sainsburys wished to link their brand with a famous event that showed that even in the bleakest period, goodwill and shared values still triumphed. It was a shrewd move. 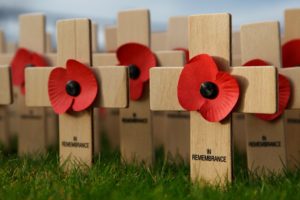 The First World War or WW1 has its own brand. The Poppy, famously the first flower to grow on the scarred landscape of northern France and Belgium, has come to represent the conflict. This is seen each year when the British Legion sell their paper poppies (as they have done since 1922) to raise funds for injured servicemen and their families. The artist Paul Cummins and designer Tom Piper used this famous symbol (well 888,246 ceramic ones) to create a powerful installation at the Tower of London four years ago. 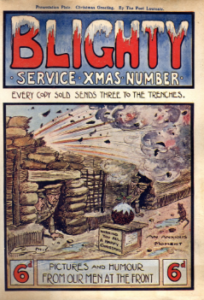 It might seem strange that language from the trenches of the Western Front is still in common use. But it is! Here are some common phrases that we still use:

Having a chat– this stemmed from the practice of soldiers who would sit round talking whilst pulling lice or ‘chatts’ (Hindi for lice) out of their clothing.

Plonk– even back in WW1 the British were renowned for their lack of linguistic skills. This frequently used word comes from the British Tommy mispronouncing ‘Vin Blanc’.

Blighty– this word still popular today (I confess I use it often) is believed to come from the Hindi word ‘Bilayati’ meaning British or English. In WW1 it came to be synonymous with Britain or home!

Bumf– this was soldier’s slang for unnecessary paperwork (adverts through the post today?) that could only be useful for one thing: bum fodder aka toilet paper. 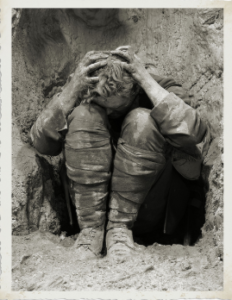 It was in the aftermath of WW1 that society came to understand that the mind, as well as the body, could be injured. Thousands of men returned home to their individual societies suffering from what we would call ‘PTSD’ today. Many would never recover and live out their lives broken and unable to heal. In 2006 the British government pardoned 306 men who had been shot for cowardice. Most would now probably have been diagnosed as suffering from mental illness, due to their experience ‘at the Front’. 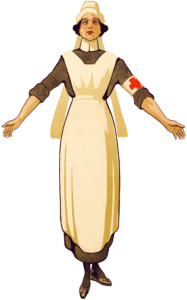 Before the war the Suffragettes had been campaigning for equality at the ballot box. Dismissed by many for both their ‘outrageous’ demand and how they went about this, the war changed things greatly. Stepping into the jobs that men did on the farm and factory (not to mention many other places) attitudes changed greatly after 1918. In 1918 women over 30 (who met certain property requirements) could now vote. 10 years later, all women over 21 would be able to.

100 years on, both the dark shadows and the positive rays of light it brought, are still with us.